we offer a full suite of visa and immigration services to foreign nationals seeking to enter Cambodia as well as Cambodians seeking to travel or study overseas or seek citizenship in another country. WCC has its roots in the Kingdom’s most trusted and professional realtor which was established in 1999. Since then WORLDLINK Citizenship Consultant (WCC) has been opening doors for foreign investors in every corner of Cambodia. Registeration Number: 00019790

Sucess customer from China, Hongkong, Korea, Macau, Myanmar, Rusian, Austarlia, France, Singapore, Canada …,  Clients who have purposes on applying for Cambodian Citizenship by investment in Cambodia, can work directly with our company or our cooperative firms to invest in Cambodian real Estate industry.

Benefits of Having Cambodian Citizenship

Cambodia is one of the only Asian countries that offer citizenship by investment programme.  Successfully obtaining a Cambodian Passport offers visa-free access to ASEAN and 54 different countries, including Thailand, Singapore, Vietnam and Malaysia. Once citizenship is granted, a foreigner will also be able to own land and property in their own name in Cambodia.

Also known as honorary citizenship, this option is usually the subject of some discussion. Officially, invest at least 1, 250, 000,000 riel (approximately USD 100,0000) or a donation 1 billion riel or more to the national budget will allow you to bypass the seven-year residence requirement mentioned in the section above. However, you still need to meet the other requirements, including demonstrating fluency in the language.

To become a Cambodian citizen through donation can take between 3-6 months and there are a number of requirements including:

For foreigners who came to Cambodia, fell in love, married, had kids, citizenship by marriage is possible. Fortunately, those bound in legal holy matrimony are a step closer to Cambodian citizenship.

If you marry a Khmer spouse, you may apply for citizenship after three years of living together, providing the marriage has been properly registered.

Regardless of the place of birth, those born to at least one Khmer parent are entitled to Cambodian citizenship. Meanwhile, those born in the Kingdom to foreign parents who were born and living legally in Cambodia also acquire Khmer citizenship at birth.

In June 2020, it was also announced that a working group was drafting a bill to replace the existing immigration law in Cambodia. Sar Kheng said the immigration law was written in 1994 and many changes have been made to it over the years, and Cambodia just revised the law on nationality. “The law on immigration has been changed a lot, so we must form a committee to prepare a proposal to re-arrange the law,” he told the Phnom Penh Post.

Changes could be made to determine the rules and conditions that apply to foreigners entering, passing through, and staying in the Kingdom.

Naturalisation is the standard alternative for foreigners wishing to become a Cambodian citizen. You will need to have lived in the country for at least seven years with a residence card. On top of being able to speak and write fluently in Khmer, you will also need to have brushed up on your knowledge of Cambodian history. You will have to sit through an exam to prove your proficiency in these areas.

You must also obtain a certification of good behaviour and moral conduct by the chief of your commune or quarter, and you need to be in possession of an unblemished criminal record (you will be disqualified if you have committed any criminal offence). Your application must be lodged while currently residing in the Kingdom. 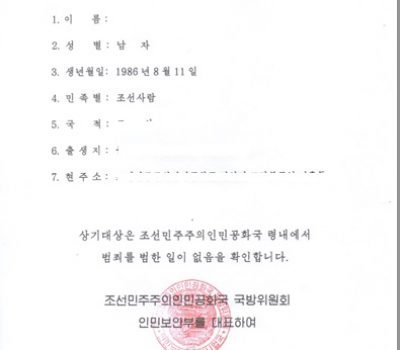 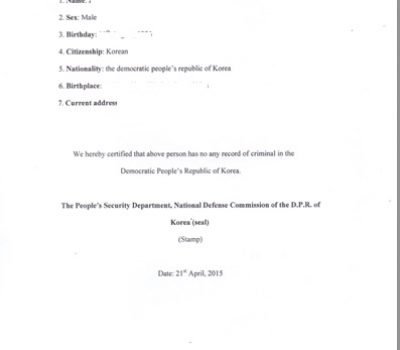 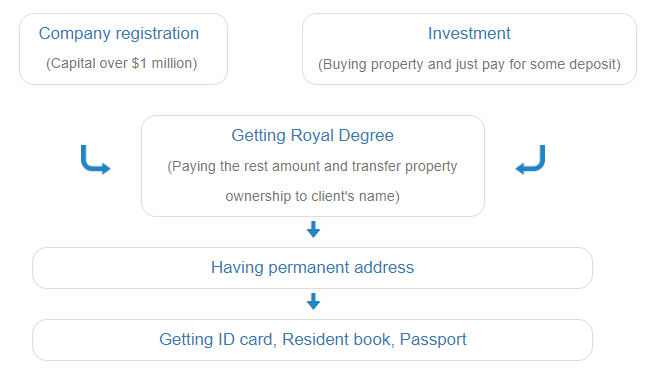 Option II: Buying Real Estate
This option is most often used by investors who have already identified potential real estate or property to buy and are concerned that they may be too late if they wait for final approval to become a citizen. We assist the client by helping him or her make a down payment on the property or real estate so that they will not lose it. During the process of setting up a company, the client will transfer some money for the down payment. We will also help the client to negotiate with the property’s owner to provide him or her with the time required for obtaining citizenship before paying the outstanding amount of the price.